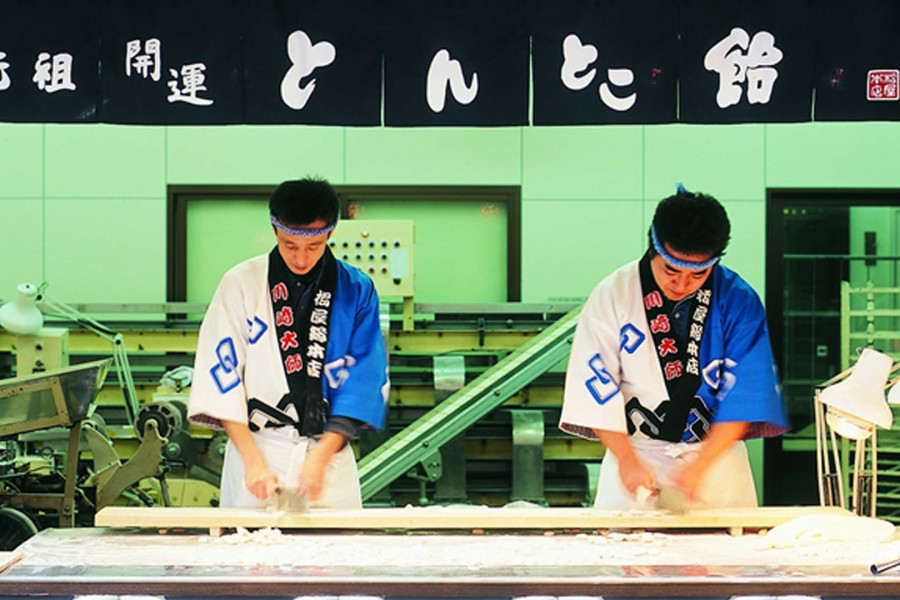 Tontoko candy is a type of candy made by mixing soy, pepper, and ginger. After hardened and thinned, it is then cut into small pieces, each size with 2 cm in length. There is a saying that this candy is useful for cutting sputum and suppressing coughs, and many candy stores carry it down the street from Nakami Street in Kawasaki Daishi. At that time, candy was popular because it stayed fresh for a long time, soon becoming a standard item for souvenirs at Kawasaki Daishi. In this shop, many visitors come to hear the rhythmical cutting sound of the candy. Kawasaki Daishi is also known for its popular service for getting rid of bad luck. Sometimes, "cutting candy" is understood for "cutting off trouble," so it became widely known as "sputum cutting candy."

Where to eat Tontoko Candy