Hakone Shrine is an ancient shrine celebrating its 1265th anniversary. Founded in 757, the first year of the Tenpyo-Hoji Era, at the beginning of the Nara Period (710-794), when Mamaki Shonin, who was in ascetic training on Mount Hakone, was entrusted by the Great God of Hakone to the shrine at its current location by Lake Ashi. During the Kamakura period, Minamoto no Yoritomo deeply worshipped Hakone Shrine, giving birth to the custom of nishomode (pilgrimage to two shrines). Since then, the shrine has flourished as a place of reverence for warriors such as the regent Hojo and the warlord Tokugawa Ieyasu, as well as a sacred place for Shugen (Japanese mountain asceticism). In modern times, with the construction of the Hakone Road, Hakone became a sacred place of worship for the common people, and belief in Mount Hakone as a deity highly virtuous for protecting against bad luck, fulfilling one's desire, and ensuring traffic safety became even more popular. The approach from the Heiwa-no-torii (peaceful gateway) by Lake Ashinoko to the main shrine is flanked by rows of cedar trees more than 600 years old, giving the shrine a majestic appearance, behind the vermilion-lacquered Gongen-zukuri main shrine building is a pure forest of himeshara, a natural treasure of Kanagawa Prefecture, and the Gongen Mitarashi pond and Lake Ashi below reflect the vermilion Peace Gate and the sacred Mount Fuji, surrounding the shrine with beautiful nature. Many visitors from around the world come to pay their respects at the Kuzuryu Shrine (Shingu and Hongu), which is a shrine revered not only for its good fortune and prosperity, but also for its protection of money, prosperity in business, and match-making, particularly during the Tsukinamisai held at the main shrine on the 13th of each month. [Divine virtues] Good luck repelling of bad luck, fulfillment of one’s desires (protection against bad luck), traffic safety, match-making, family safety, and business prosperity [Deity] Hakone-ookami [Form of worship] 2 clapping hands 1 worship

On July 31st, the shrine organizes the Ashinoko Kosui Matsuri Festival to celebrate a legendary dragon. Monks sail the lake on pirate ships offering red rice to the depths below. Floating lanterns illuminate the lake waters while fireworks light the skies above.

Enter a magical world where you can almost feel nature staring back at you. Hakone Shrine creates not only a spiritual experience but one of rejuvenating natural wonder. The beautiful red buildings surrounded by the towering trees of the forest makes it a one-of-a-kind shrine. A Japanese Shinto shrine on the shores of Lake Ashi, Hakone Jinja enshrines three “kami” or gods:

These three are collectively known as the Great Gods of Hakone.

The vermilion “torii” gate at the base of the shrine entrance has its feet in the serene waters of Lake Ashi. The shrine was relocated to the shores in 1667, but originally the shrine stood at the summit of Komagatake peak of Mount Hakone, and—according to tradition—was founded in 757, during the reign of Emperor Kosho. Credit for the establishment of Hakone Jinja is given to Priest Mangan, who (in legend) pacified the nine-headed dragon that lived at the bottom of Lake Ashi. The dragon, now chained to the rocks beneath the lake, is celebrated with a grand firework show during the February holiday, Setsubun.

Hakone Shrine’s annual festival is held on August 1st. With lanterns floating on the surface of Lake Ashi like gentle fireflies and a “torii” gate bonfire it’s an experience unlike any other. There is also a small museum on the premises of Hakone Shrine, which display many of the shrine’s treasures—it’s quite a rarity to be allowed to view shrine treasures. Among these treasures are five items ranked as national Important Cultural Property.

During the Kamakura period, the shrine was popular with samurai and shogun, and that support continued through the Sengoku period. However, during the Battle of Odawara in 1590, the shrine was burned down by forces of Toyotomi Hideyoshi. It was later rebuilt by Tokugawa Ieyasu and received support from the Tokugawa shogunate. In 1875, Hakone Shrine was listed among the 3rd class of nationally significant shrines in Japan.

Today, the shrine is particularly famed for being a shrine of marriage and on the 13th of every month, it becomes flooded with young people seeking good fortune in their relationships. In addition, its 89 stone steps are said to repel misfortune. After praying at the main hall, be sure to pat the large mallet there three times while making a wish; the “patting mallet”, as it is known, is a traditional fairy tale item which grants whatever you wish for when shaken. And don’t forget to wash your hands in the healing miracle waters of Mount Hakone, called “ryuujinsui”, as it’s supposed to clear away impurities. Bottles are even sold for you to take home. Nearby you can also enjoy peddling swan boats, local wooden craft shops, or just a leisurely stroll through the moss-dressed forest.

Lake Ashinoko Summer Festival Week: Hakone Summer Festival offers a variety of events such as the biggest annual festival of Hakone Shrine with Shinto celebrations and rituals, fireworks, and more. Many fireworks will be launched at a total of six fireworks festivals, adding color to the summer Hakone sky.

Traditions and History in Hakone

The Hot Springs and Shrines of Yugawara and Hakone 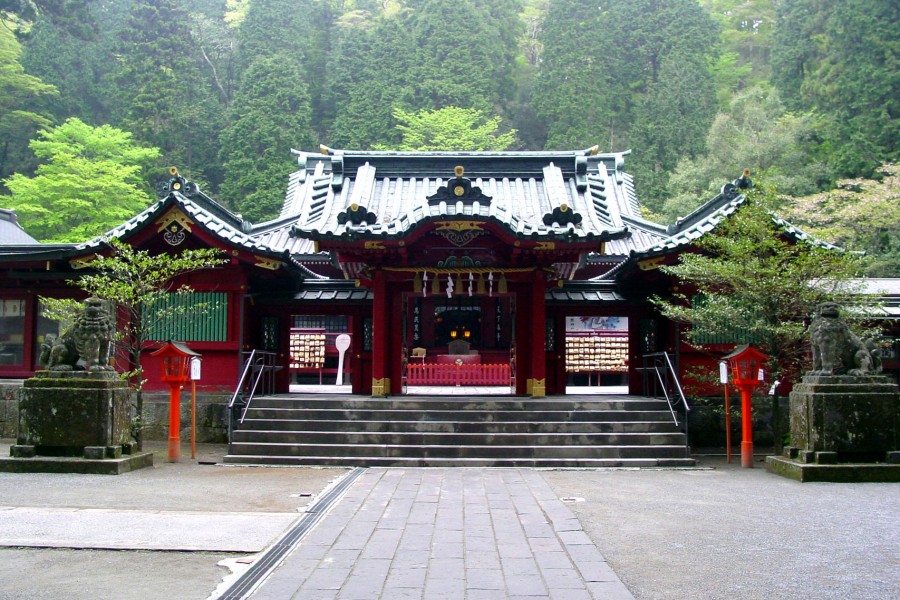 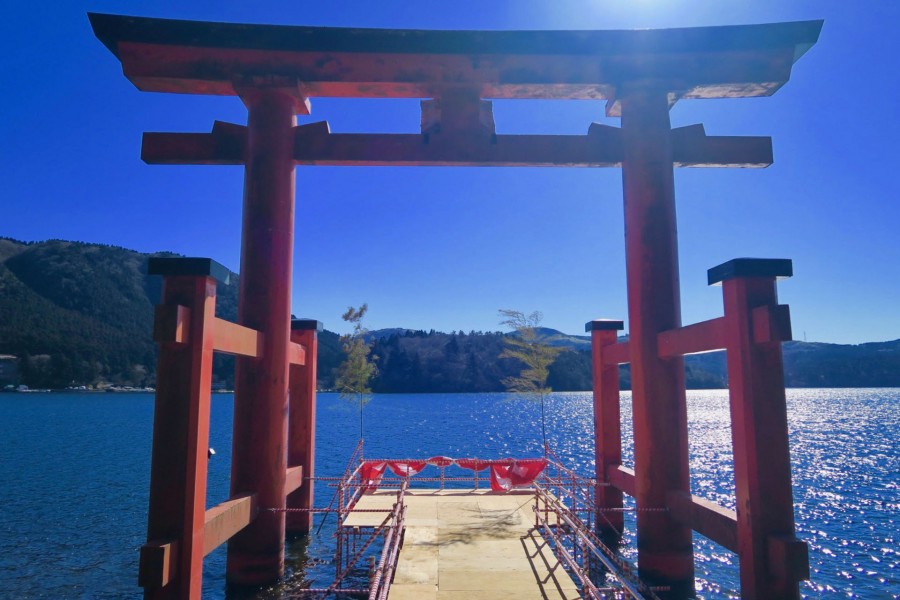