The Great Garden, which boasts a vast site, was inherited from the former Iwakasi residence, and has been maintained to be even easier to stroll around and feel even closer to nature. The garden, built to cleverly make the most of the hilly terrain, has been designed so that the flowers and trees of all four seasons blend into the brave figure of Mount Fuji and the deep blue of the Ashino-ko lake. In May, the colorful azalae blooms as though the ground is covered in carpet, while in the Rhododendron Park, about 300 speciemens of 20 varieties of western rhododendron compete in exhuberance. In mid to late June, about 230 speciemens of 25 varieties of hydrangeas reach their peak viewing period, while the rose garden is at its best twice a year in June and October, when it’s enveloped by the sweet smell of roses. Please fully enjoy the hotel garden boasting a large number of blooming flowers during all four seasons.

The Flowers of Yokohama's Parks, Temples, and Shrines

Travel Through History in Hakone Town

Hakone Art Tour: Delve Into a World of Shimmering Glass 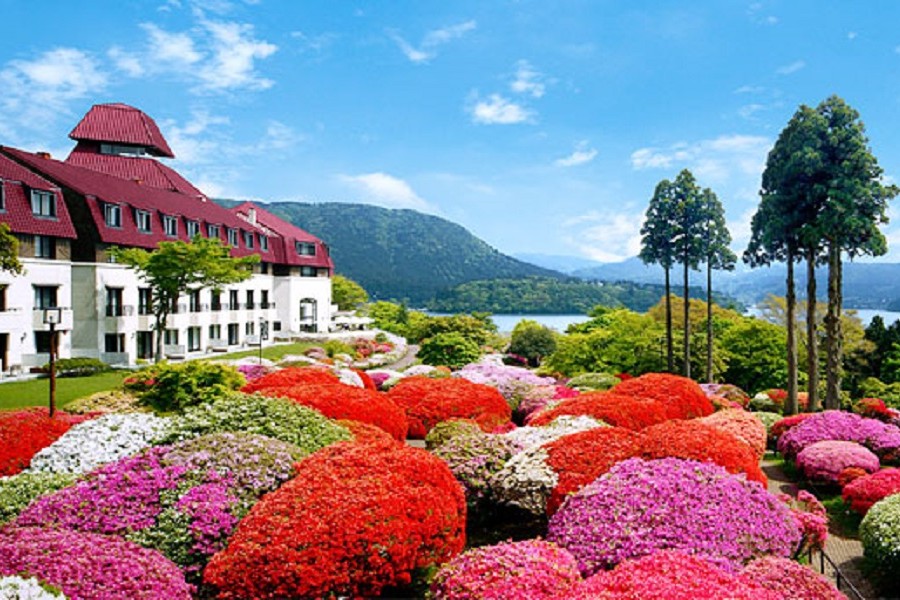