The first seaside park in Japan is located right in front of Yokohama Port, stretching almost 700 meters from the east side of Osanbashi to Yamashita Pier. It was opened in 1930 by landfilling with the rubble from the Great Kanto Earthquake. The park includes a grass field, a rose garden, the “Little Girl With Red Shoes On” statue, the “Guardian of Water” statue which is a gift from San Diego, a sister city of Yokohama, and the “Kamome no Suihei-san (Seagull Sailor)” song monument, water stairs and a stage. The former cargo and passenger ship Hikawamaru is anchored here.

The NYK Hikawa Maru is a cargo-passenger liner turned museum ship. Built in Japan before World War II, the ship is extremely well preserved and offers a unique perspective into the cruise ships of history. 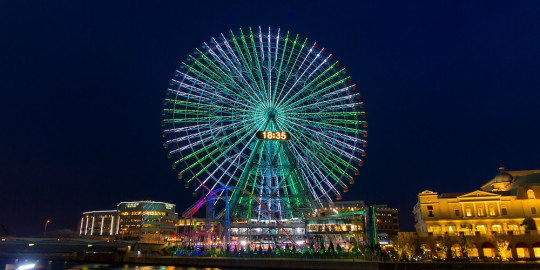 Cosmo World is a theme park located along the Yokohama Bay area. It is home to the Cosmo Clock 21, one of the tallest Ferris wheels in the world.

Also known as the Osambashi Pier, the Osambashi Terminal docks cruise ships from all over the world. Even if you're not hopping onto a boat, you can always take a walk round its various restaurants, shops, and observation deck.

Open throughout the year, the Yokohama Yamashita Park was the first seaside park in Japan. Located just in front of Yokohama Port, the lovely park stretches along the strip of land for more than 700 meters, covering a strip from the east side of Osanbashi to Yamashita Pier.

In 1930, the park was opened after filling the land with rubble from the aftermath of the Great Kanto Earthquake of 1923. The idea for reusing the remaining debris is credited to Scotsman Marshall Martin, who was an advisor to the mayor at the time, Ariyoshi Chuichi. He persuaded the city government to use rubble from the Kannai commercial district as a way to reclaim the former waterfront.

In 1945, during the Occupation of Japan, the park was requisitioned for military housing. Across the street from the park is the Hotel New Grand, where General Douglas MacArthur spent his first night upon arriving in Japan on August 30, 1945. The park reverted to Japanese control in 1960 and since then has blossomed into a much beloved public space.

This impressive park isn’t just a beautiful place to spend the afternoon - it’s also the site of several statues. The “Little Girl with Red Shoes” (Akai Kutsu), the “Guardian of Water” (a gift from sister city, San Diego), and the “Seagull Sailor” (Kamome no Suihei-san) are among the most famous statues in the park. There is also a rose garden, a grass field where children can often be seen playing, water stairs, and a stage (popular for summer events).

Hikawa Maru, a former cargo and passenger ship, is also anchored at Yamashita Park. It now serves as a floating museum. Among its first-class passengers are said to have been members of the Imperial family and even Charlie Chaplin, during a transpacific journey from Yokohama to Vancouver/Seattle. Though the ship has been retired, its interior is a memento of that romantic 1930s style of décor. If you fancy yourself a lover of ships, be sure to dine at the restaurant overlooking either the sea or Yamashita Park.

Enjoy walking through the promenades and along the paths in Yamashita Park beneath the cool shade of trees, all while enjoying the sound of waves and the call of seagulls. It’s the perfect place for a morning jog along the pier or a break after sightseeing or shopping in Yokohama Chinatown. With its beauty, nature, and history, you are certain to find something new to enjoy every time you visit.

Yamashita Park in the morning

With the sun rising over the sea as your landscape, experience physical activities in Yamashita Park, which includes walking, jogging, exercising, yoga, Tai Chi, and more. A Yamashita Park morning with Minato Mirai 21 in the background is an iconic morning view of Yokohama.

Yokohama on the Waves and in the Clouds 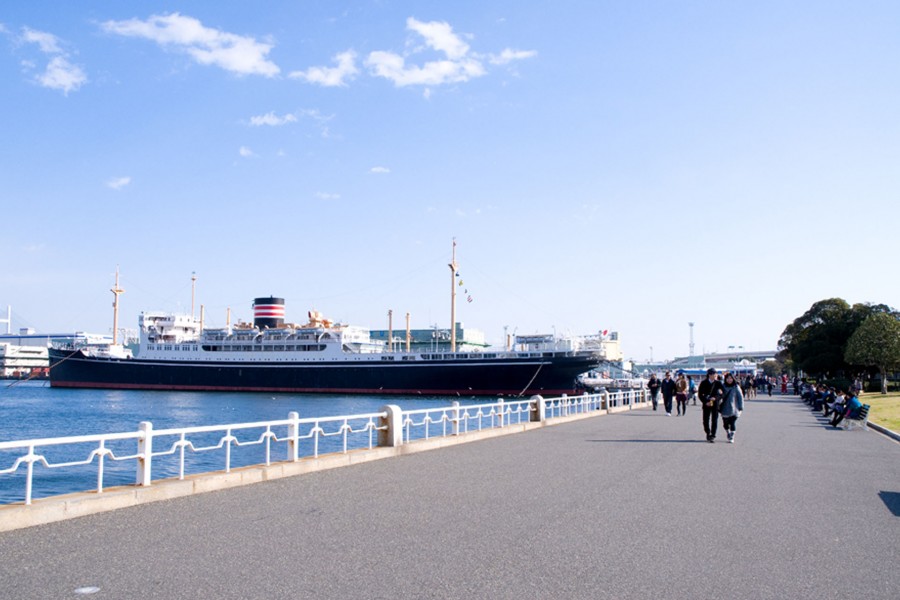