Alongside Usa and Ishimizu, Tsuruoka Hachimangu Shrine is one of the major Hachimangu shrines in Japan. In the 6th year of the Kouhei Era (1063), Minamoto no Yoriyoshi returned after subduing the Oshu region and entered Kamakura, where he secretly transferred Ishimizu Hachimangu Shrine to another shrine in Yui Township Tsuruoka near the coast and called it Tsuruoka Wakamiya Shrine. Later in the 4th year of the Jisho Era (1180), Minamoto no Yoritomo entered Kamakura and relocated the shrine to Kitayama in Kobayashi Township (the current site). In the 2nd year of the Kenkyuu Era (1191), the shrine pavilion was built on the hillside of the Mount Daijinyama, and the current spectacular upper and lower palaces were built. Since then, the shrine has been the head of the Kamakura Shogunate's religious order and has been revered as the deity of the Minamoto clan and the guardian deity of the warrior class. The present main shrine was rebuilt in 1828 by Ienari Tokugawa, the 11th shogun of the Edo Shogunate, and is designated as a National Important Cultural Property along with the regent shrine Wakamiya. Deities: Emperor Ojin, Himejin, and Empress Jingu. Regularly held festival day: September 15. The shrine has a Wakamiya regent shrine, Takeuchi Shrine, Maruyama Inari Shrine, Shirahata Shrine, Soreisha Shrine, Hatagami Benzaiten Shrine, and an Imamiya Shrine and Yui Wakamiya Shrine outside of the shrine grounds.

An imposing shinto shrine founded in 1063, Tsurugaoka Hachimangu is the spiritual center of Japan's ancient capital Kamakura, so important that the city was built around it. In spring, the 1.8 km approach from the station is lined with vibrant pink cherry blossoms.

Kamakura’s most important Shinto shrine—Tsurugaoka Hachimangu—is dedicated to Hachiman. Hachiman is the patron god of samurai and the Minamoto family (founders of the Kamakura government). Founded by Minamoto Yoriyoshi in 1063, and moved to its current site by Minamoto Yoritomo in 1180, who was the first shogun of the Kamakura government, Tsurugaoka Hachimangu is reached by a long, wide road leading away from Kamakura’s waterfront. Today’s Hachimangu was rebuilt in 1828 and is famous for its Edo-period architecture. It’s even been designated a National Important Cultural Property.

The 1.8-kilometer approach to the shrine is lined by giant vermilion “torii” gates making the shrine easy to find. It lies at the geographical and cultural heart of Kamakura, which has expanded around the shrine since it's relocation. Directly affected by the Buddhist-and-Shinto shrine-and-temple split policy of Meiji-era Japan, Hachimangu lost many of its Buddhist treasures and buildings due to the laws of the time. Yet, in spite of its difficult history of poverty, the shrine retains its Buddhist layout and regained the splendor of what has attracted guests from around the world to its major city-wide festivals.

At the shrine itself, you can view the Genpei ponds, named for the Minamoto and Taira clans, bitter enemies, and planted with white lotuses in one and red lotuses in the other as well as four islands—a wish for triumph over the Taira with four being symbolic of death. As one of the most popular shrines in the country for “hatsumode” more than two million visitors will go to the shrine the first three days of the new year to wish for good fortune and health.

Wakamiya, a sub-shrine is popular with writers and artists throughout Japan’s history. As the tale goes, Yoritomo’s brother and rival, Yoshitsune, had a mistress—Shizuka, a famous and beautiful dancer. But when Yoshitsune fled to the north of Japan, Shizuka alone was questioned about her lover’s whereabouts and she was forced to dance in front of the shogun and his wife as punishment and to shame her. The story is a favorite theme with many storytellers.

“Yabusame”, archery from horseback, and “kyudo”, traditional Japanese archery, are both practiced within the shrine. You may be surprised by everything on the shrine grounds; ranging from an extensive peony garden, there are also office buildings, a dojo, a kindergarten, and three coffee shops. You can also visit the Kamakura Museum of National Treasures and prefectural Museum of Modern Art, both also on the shrine premises. The Kamakura Museum of National Treasures contains treasures from Kamakura’s various temples, as well as items which originated in China. The Museum of Modern Art—designed by Junzo Sakakura—overlooks the shrine’s Heike Pond and boasts a collection of more than 13,000 exhibits, both western and Japanese. Events are happening around the calendar so be sure to visit Tsurugaoka Hachimangu at various times to experience the full range of charm this Shinto shrine has to offer

Tsurugaoka Hachimangu in the morning

The best time to visit a shrine is in the morning, so start your day with a visit and breathe in the crisp morning air.

Kamakura Colors Throughout the Seasons

The Spirit of Ancient Kamakura 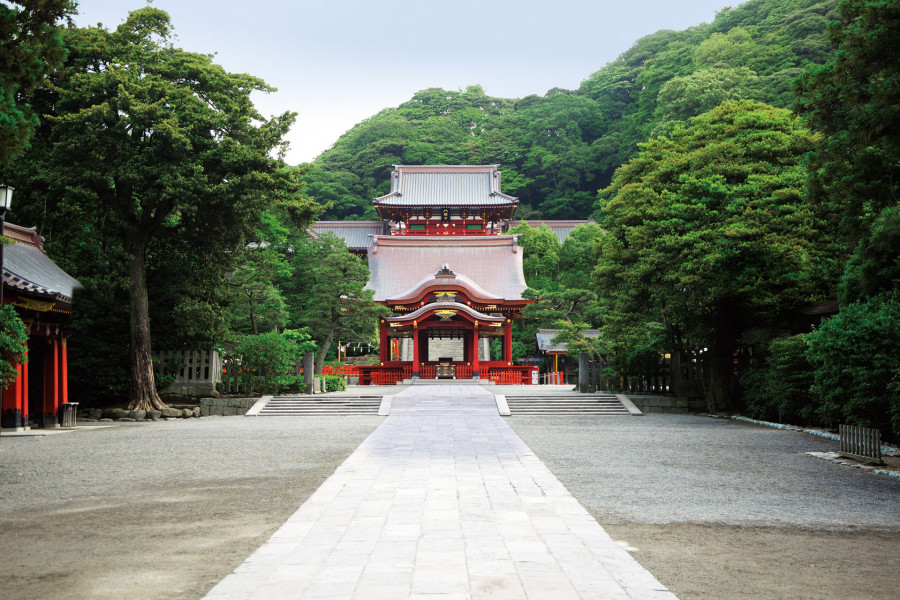 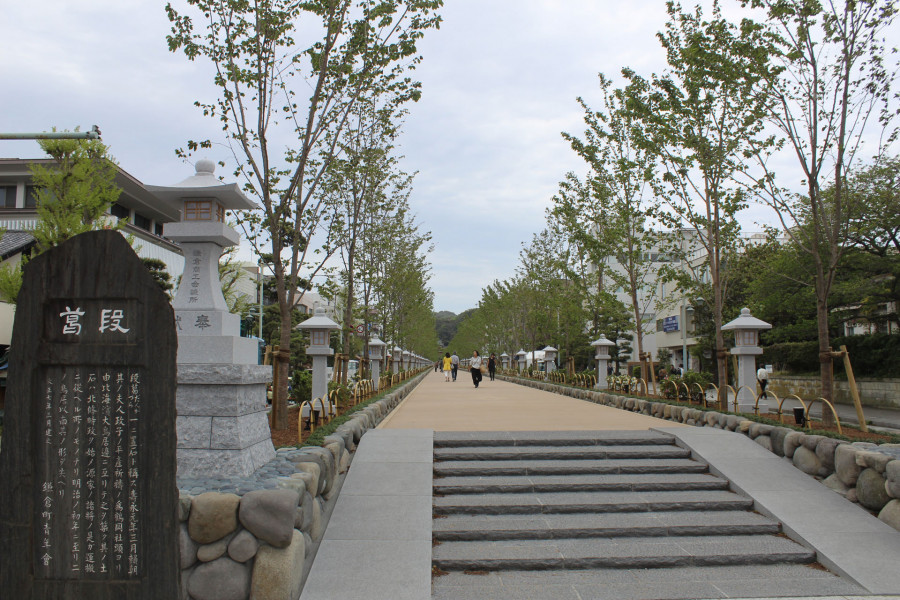