The Stone Monument of Hiratsuka stands in the Hiratsuka Mound Green Park, which is located a short distance from the former Tokaido Road. One theory claims this place to be the origin of the name Hiratsuka. Legend has it that a princess by the name of Taira-no-Masako passed away and her coffin was laid underground; people built a burial mound on it but somehow the mound's surface was flat. The local people were amazed and began to call it "hira (flat) tsuka (mound)", which became the name of the entire area later. 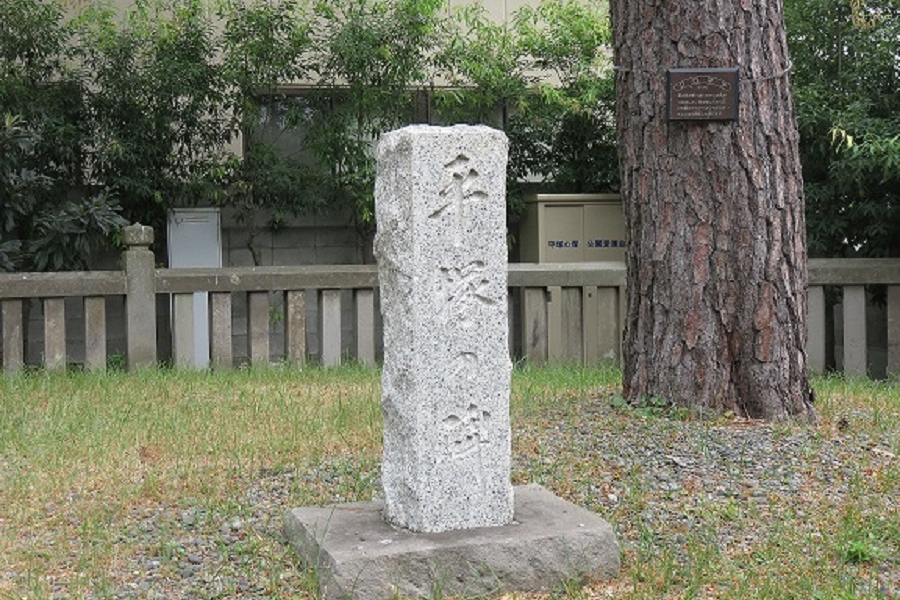