Amidst the post-war turmoil of 1951, in response to requests from the prefecture's artists, the Museum of Modern Art was established on the grounds of Tsurugaoka Hachiman Shrine as Japan's first public modern art museum. Ever since, the museum was consistently active as one of Japan's most prominent art museums, but was closed in 2016 following the end of its lease contract. Originally, it was planned that the grounds would be returned to Hachiman Shrine as a vacant plot of land. However, the academic and artistic value of the museum's main building, designed by famous architect Junzo Sakakura, was so highly regarded that the building's preservation became an urgent matter. Following negotiations, the building was handed over to Hachiman Shrine, and after undergoing some construction works such as earthquake-proofing, it was opened in June 2019 as the Kamakura Bunkakan Tsurugaoka Museum. Today, the museum not only introduces the shrine's history and sacred treasures as part of Hachiman Shrine's educational activities, but also teaches visitors about the history, attractions, and new culture of Kamakura. In October 2020, it was designated as an Important Cultural Property of Japan as an example of post-war modernism. The museum will continue to strive to preserve and present the building as a local treasure, while also aiming to act as a new cultural center for Kamakura. 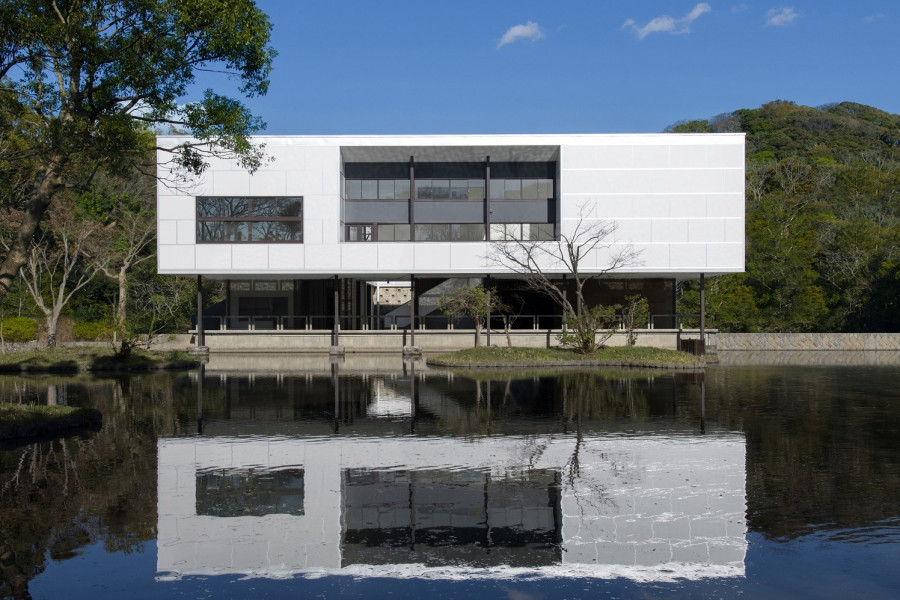