This sits on an island in the Genji Pond, and the present shrine pavilion was restored on the 800th anniversary of the founding of Hachimangu Shrine (55th year of the Showa period), based on an old map from the Bunsei period. Many people make wishes on the two-drawn flag of the Genji clan in honor of Lord Yoritomo's raising of the flag. 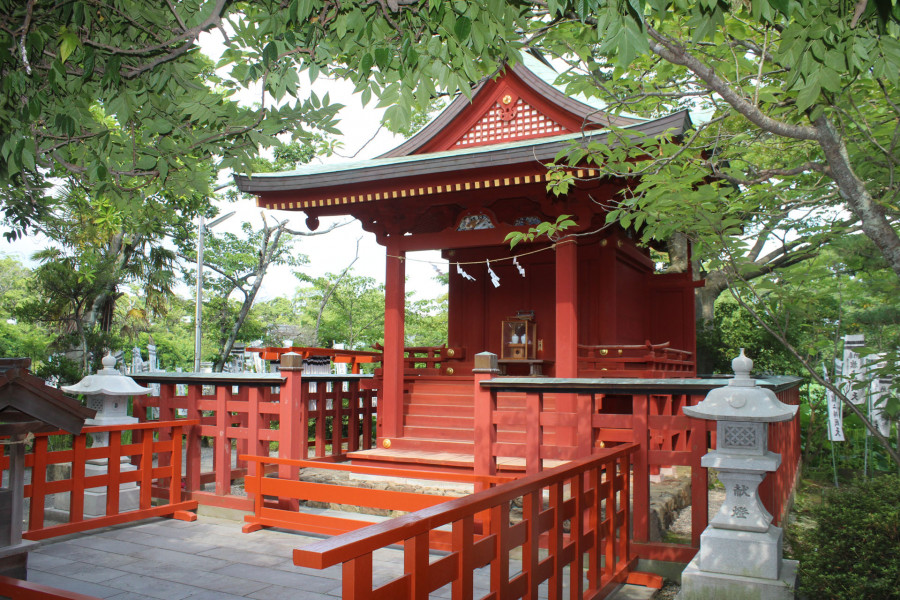