The Hakone Old Highway is a part of the Tōkaidō Highway established by the Edo Shogunal government, and the sloping road extends for 32 km from the Mishima post station via the Hakone-toge pass to the Odawara post station. The part between the Mishima post station and the Hakone check station through the Hakone-toge pass at an elevation of 846 m had been considered the most grueling part in the Tōkaidō Highway, as in addition to the steep ascent at high elevation, travelers had to walk through knee-deep mud if it snowed or rained. The Edo Shogunal government spent 1,400 ryo to pave the road with stone for 10 km of the road. According to records, it was originally paved with local Hakone-dake bamboo, however, it needed to be regularly repaved as the bamboo would rot, costing a great deal of money every year. Now only 2 km of the original stone pavement remains. Enjoy imagining travel in the old days while walking along the original paved segment of the old highway.

Hakone Old Highway in the morning

The mountain road is overgrown with trees, so an early morning start is recommended. When the weather is nice, the sunlight through the trees feels refreshing. Be careful as the stone pavement is slippery after it rains.

Crafts on the Old Hakone Highway 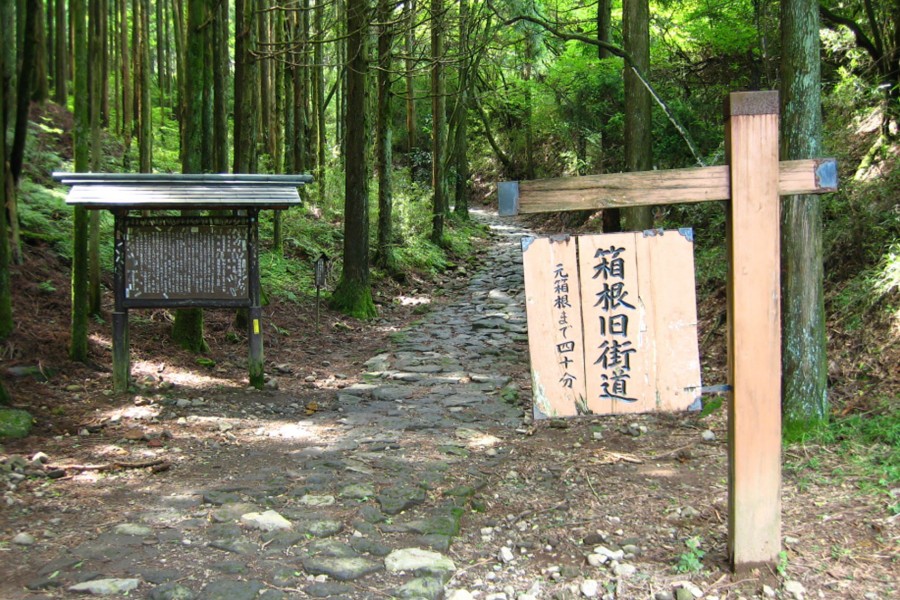 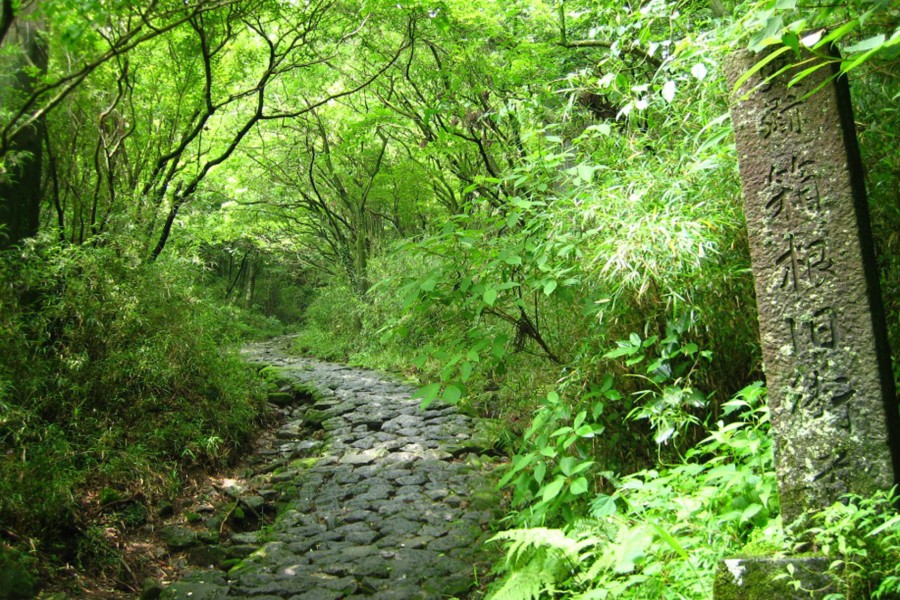