The current Hakone Checkpoint was rebuilt based on the “Report of the Restoration of Sōsyu Hakone Checkpoint in 1865” discovered in 1983, as well as in accordance with findings from excavation and research around the site, and has been open to the public since April 2007. Along with the restoration of the checkpoint buildings, including the main guardhouse, the senior guard lounge, and the foot soldier’s guardhouse, the stone walls and stairs and wooden fences were also restored. Environmental improvements were implemented, such as laying electric cables underground and maintenance of the cedar trees along the road. The museum next to the rebuilt checkpoint exhibits 300 historical items including old documents, checkpoint passes, official bulletin boards, official stamps, checkpoint diaries, and matchlock muskets.

Hakone Sekisho was part of the Edo-period road from Tokyo to Kyoto. This checkpoint ensured weapons did not enter Edo (Tokyo) and prevented feudal lords' relatives from fleeing (their wives and children were de facto hostages). Nowadays, it is a good place to see historical buildings along the street.

The Hakone Sekisho was one of the major checkpoints of the Edo Period, an inspection facility that controlled the flow of weapons into the shogun’s capital of Edo (modern-day Tokyo) and limited the passage of people out of the city.

Altogether, there were 53 inspection facilities defending the major roads across the nation. The Hakone Sekisho was placed on its current location in 1619, during the early Edo period. It is thought to be one of the largest and most important of all the facilities. Among its duties was to prevent the relatives of feudal lords from fleeing the city, as their wives and children were more or less de facto hostages of the shogun’s government. Checkpoint guards were allegedly extremely strict on women trying to leave the checkpoint, yet, as has been documented, the checkpoint guards did little to halt the flow of guns into the city.

The Hakone Sekisho was in operation for about 260 years during the Edo period but fell out of use when the military government dissolved in 1868 and the Emperor was restored to power.

The current checkpoint buildings were restored about 140 years ago, using tools and craftsmanship methods of the Edo Period. Along with the checkpoint buildings, the main guardhouse, senior guard lounge, foot-soldiers’ guardhouse, stone walls, stairs, and wooden fences were also restored to Edo-era conditions. In addition, the view around the inspection facility is also free from modern equipment — items such as electric cables have been buried to ensure a vista free of modern interference. When you look at the checkpoint’s dignified appearance, you will feel like you’ve jumped back in time.

For a more in-depth visit, the nearby museum is worth a visit. Standing just next to the rebuilt Sekisho, the exhibit has more than 300 historical items on display, including authentic and historical documents, stamped checkpoint passes, official bulletin boards, official stamps, checkpoint diaries and authentic matchlock muskets.

The checkpoint and museum aren’t the only worthwhile things in the area. While visiting Lake Ashi and the checkpoint, be sure to enjoy the walking trail around the facilities. Komagata Shrine and Otama-ga Pond are especially interesting for their history - the tale of Otama-ga Pond is especially tragic and a reflection of the strict policies in effect at the time of the checkpoint’s operation.

The Hakone Inspection Facility is open from 9 am to 5 pm from March 1st to November 30th. From December to the end of February, the Sekisho is open from 9 am to 4:30 pm. Entry fee for adults is ¥500 and children are ¥250; discounts are available for groups of twenty or more people. In order to visit the Hakone Checkpoint and its museum, take the bus from Odawara Station to Hakonemachi. The site is a short 2-minute walk from the bus stop.

The Hidden Gems of Hakone

A Full-Day of Hakone History

Traditions and History in Hakone

Worlds of Art Through Hokusai and Hiroshige 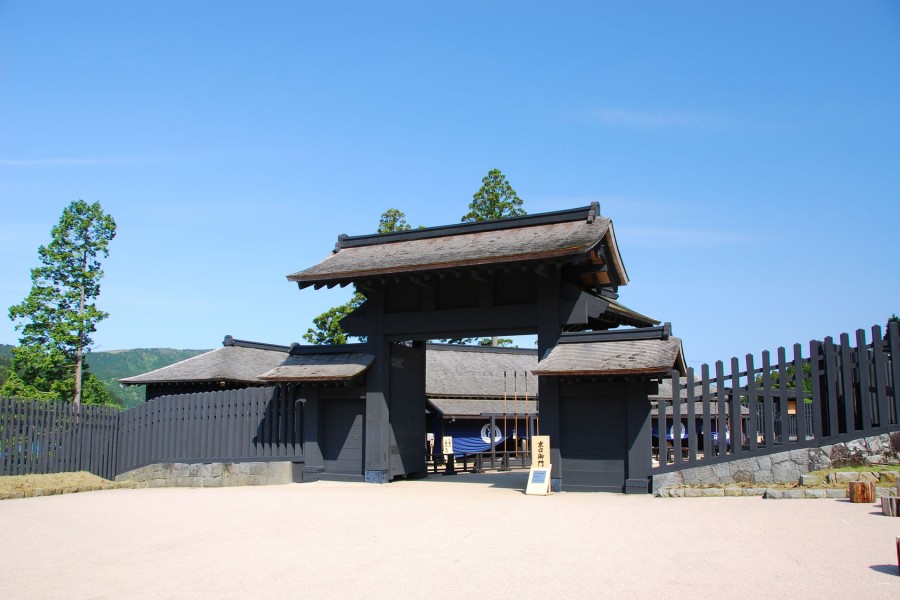