Koumyouji Temple is one of the eight head temples of the Jodo sect, founded in 1243 by the third founder of the Jodo sect, Zen-arachu Shonin. In the Edo period, Tokugawa Ieyasu made the temple the first of the eighteen Kanto Buddhist monasteries, and this became a center for monks to study and practice Buddhism. The temple also had a close relationship with the imperial family and was designated as an "Imperial Shrine" to pray for the peace of the nation and its people. It is also the birthplace of the "Ten Nights Memorial Service" of the Jodo sect of Buddhism, which is held every year on October 13-14, and attracts crowds of people day and night with its stalls. Surrounded by the sea and mountains, the environment is rich in nature. The sunset is especially beautiful, and the view from the hill behind the temple is designated as one of the top 50 scenic spots in Kanagawa. It is at its best during the blooming of the cherry blossoms in spring and lotus in summer. 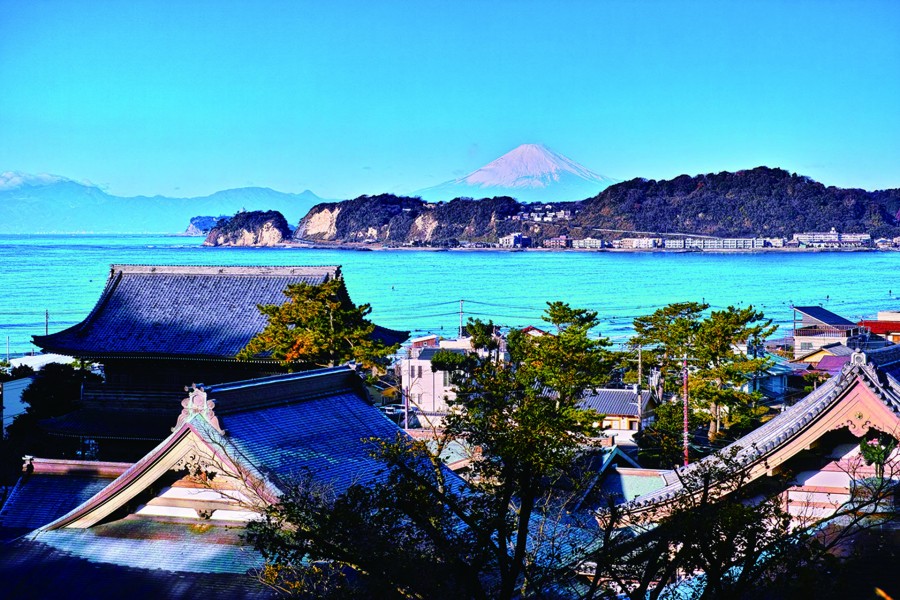