This stone monument was built commemorating the 50th anniversary of the Akutagawa Prize awarded to Shintaro Ishihara's novel "Season of the Sun". Zushi Beach is called the "half-a-mile beach where the sun was born" for its actively enjoyed marine sports throughout the year. This monument is a symbol of Zushi Beach.

Explore the Pleasant Seaside Temples and Beaches of Zushi 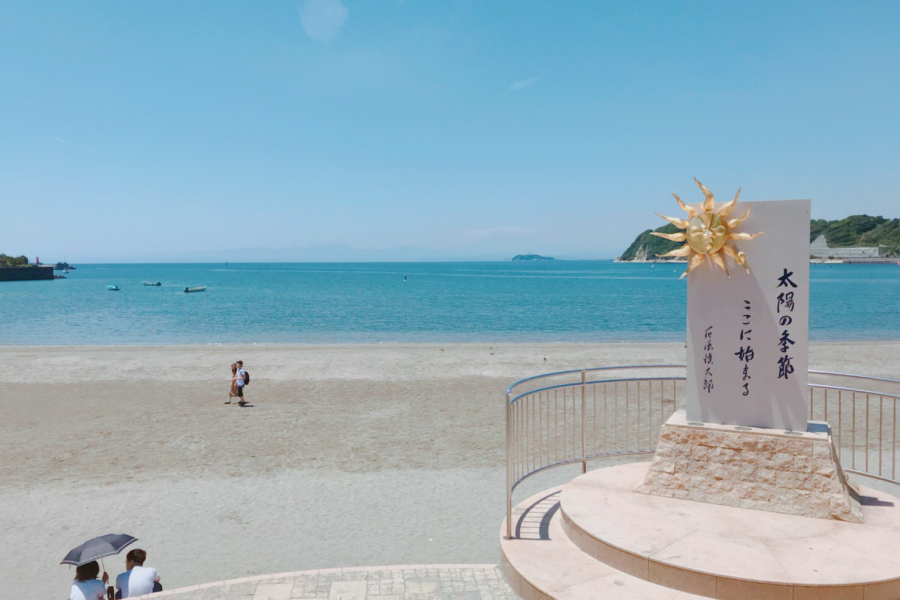