What is the dancing nenbutsu at the Yugyo-ji temple? It is said that during the Kamakura era, when Ippen Shonin of the Jishu Buddhism branch were performing nenbutsu across the country, at one point, one of his disciples suddenly started dancing during the chanting. People who saw this followed him and started this dancing tradition, which has now evolved into all sorts of Bon festivals and folk arts incorporating cultures and characteristic from all kinds of places. People of Fujisawa embrace the culture that is passed down to them and use the dancing nenbutsu as a theme to hold the brand-new Bon of Yugyo event, containing the Yugyo Dance. 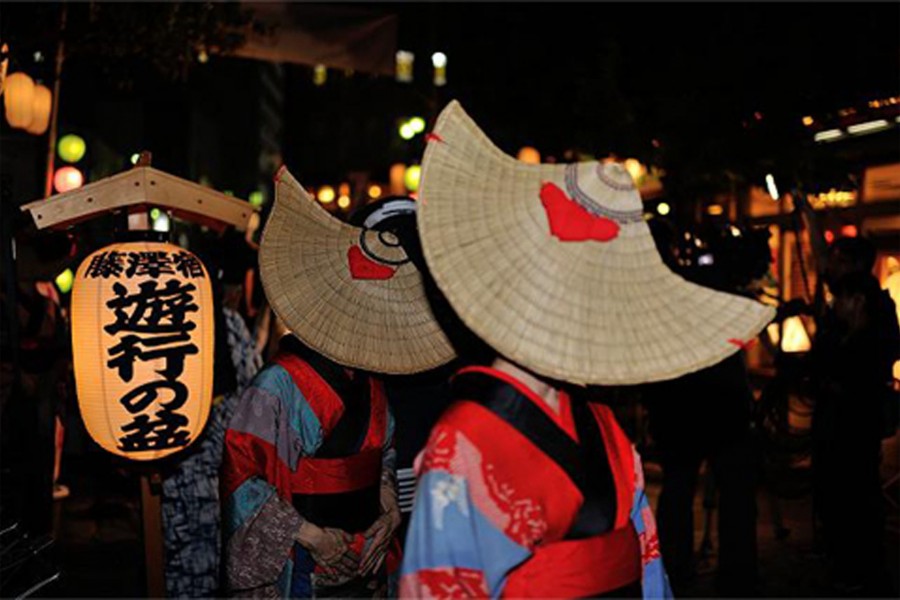