Enoshima is an island about 4 km around, you can enjoy the popular sightseeing spots throughout a year, like Enoshima Shrine, Enoshima Samuel Cocking Garden, Enoshima Sea Candle, Dragon Bell and Enoshima Iwaya Cave which is still a spiritual spot from the Edo period. Enoshima Yacht Harbor was the sailing competition venue for the Tokyo Olympic and Paralympic Games in 2020. In particular, abundant seafood such as Shirasu, Ise Shrimp, Sashimi, Sazae and Clams are very popular to the tourists as local cuisines.

When the tide is low, people flock to Chigogafuchi Abyss to take in the panoramic views of the sea and the magnificent skyline.

The Chigogafuchi Rest House is a two-story building offering visitors a place to sit down and have a bite to eat before or after exploring the Iwaya Caves.

Connected to the Chigogafuchi Abyss is the Sunset Reef. As the name suggests, it offers a stunning view of the sun setting into the sea. During the seasons of low tide, various marine life can be seen swimming amongst the reef, making it a popular fishing spot.

On scenic Enoshima Island you can see historical temples, stroll around a botanical garden, take in the view from the lighthouse, or cool off in a cave created by the sea. In summer, the neighbouring beaches are lined with fun temporary bars.

If you’re looking for a sightseeing spot the whole family can enjoy, look no further than Enoshima, a small island at the mouth of the Katase River, which flows into Sagami Bay. One of the top spots in Kanagawa's Shonan coastal area, Enoshima offers much to do. The entire island is dedicated to the goddess Benzaiten—goddess of music, arts, and entertainment—who is said to have raised the island from the bottom of the sea in the sixth century.

Roughly four kilometers in circumference, Enoshima has some lovely sightseeing venues, like the Samuel Cocking Garden, Sea Candle, Enoshima Shrine, the Bell of Ryuren, and the Iwaya Cave. It was also the Olympic Harbor for the 1964 Summer Olympics and was a sailing venue at the Tokyo 2020 Olympic Games.

In 1880, after the separation order of Shintoism and Buddhism came into effect, the Meiji government made the land available to purchase. A British merchant, Samuel Cocking, bought much of the uplands in his Japanese wife’s name. He developed a power plant and extensive botanical gardens including a large greenhouse. The original greenhouse was destroyed in the 1923 Great Kanto earthquake, but the Samuel Cocking Garden remains and attracts half a million visitors each year. Also on the garden grounds is the Enoshima Sea Candle, an observation tower and lighthouse. The primary deck can be accessed by stairs or elevator, while the outdoor deck can only be accessed by staircase.

Enoshima Shrine is a Shinto shrine and consists of three sections, all dedicated to the goddess Benzaiten. There’s even a fantastic legend associated with the shrine, which dates back to the 12th century. The Japanese ruler Hojo Tokimasa was visiting the shrine to pray for prosperity when a mysterious woman joined him and told him a prophecy. She left behind three scales. Those were later used in the design of the Hojo family crest.

The Bell of Ryuren is a popular attraction for couples. Inspired by a myth about the goddess Benzaiten defeating a dragon—and later falling in love after the dragon promised to change his ways—the bell is at the top of a challenging uphill walk for lovers to ring. Nearby, you’ll find a wall of padlocks, covered in couples’ names and heart symbols, facing the sea. By throwing the key into the ocean, couples hope to ensure that their bond remains forever locked.

The Enoshima Iwaya Caves are for the more physically capable and adventurous. The caves are filled with Buddhist statues and inscribed stones, etched by an emperor on the advice of an oracle. The caves today are less of a holy pilgrimage and more of a charming mystical site for locals and tourists.

However you decide to enjoy Enoshima, there’s no doubt you’ll be in for a beautiful visit. 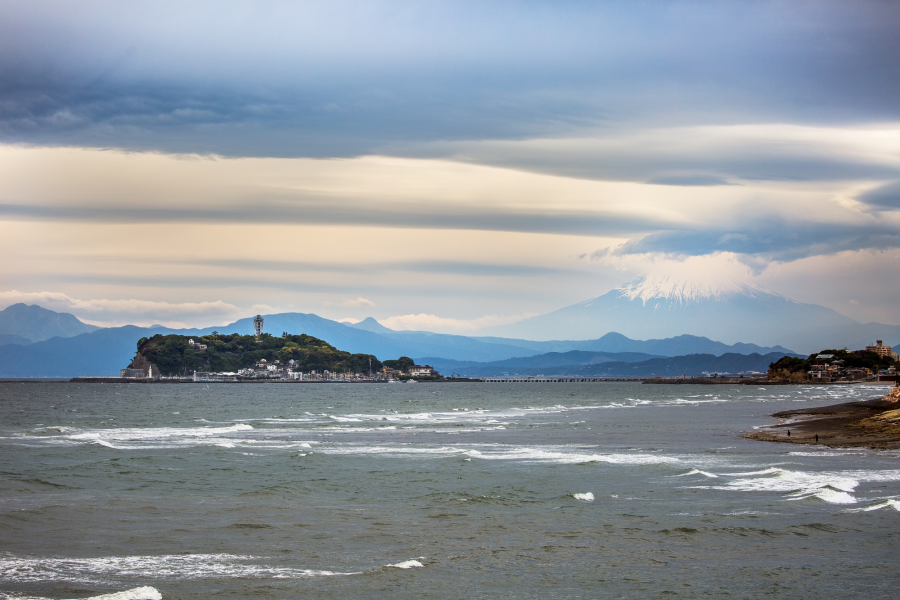 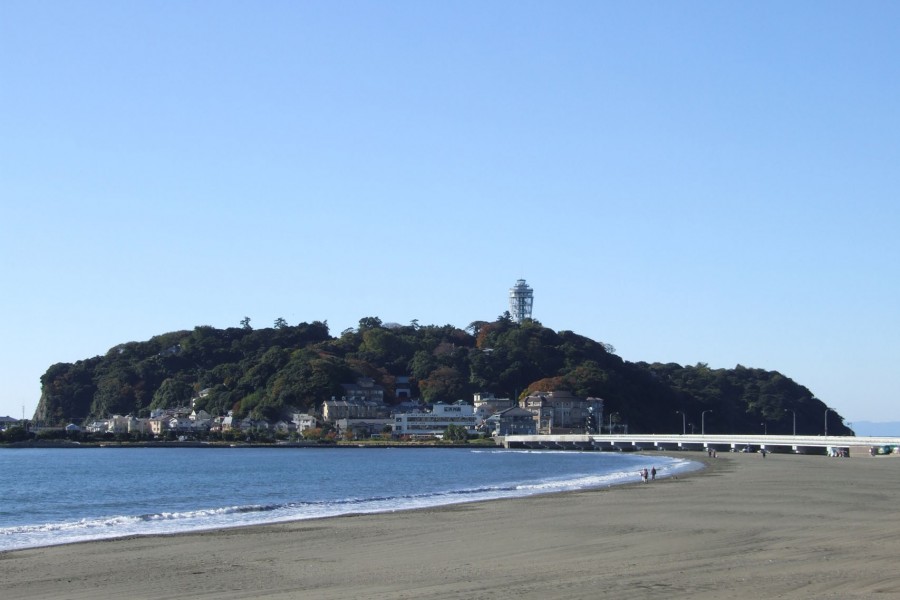 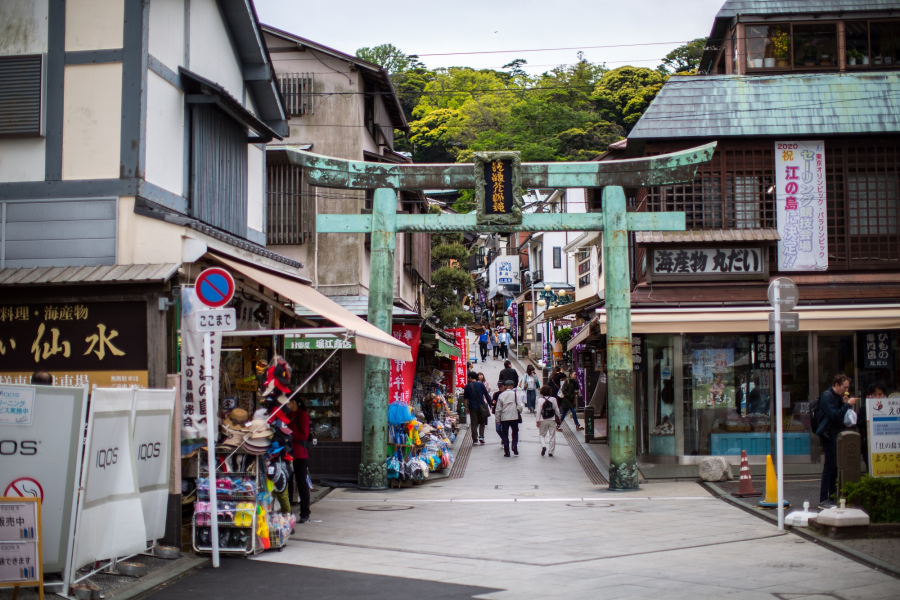