A handmade spinning top that has been used in the Shonan area. The main body is made from camellia, the shaft is made from oak, and the string is made from hemp. When the tops hit each other, the heavy and hard "Katase top" flicks off the opponent's top. It is also called "fighting top" or "Shonan's strongest top". There are two colours, green and red. The red spinning top is also called a "celebrating spinning top" and was given as a gift at a time of celebration.

Katase district, which was a fisherman's area. Izu Oshima was popular for fishing and an abundance of camellia could be acquired there. Oak was used as ship oars, and hemp was used in daily life as material to cast nets. Thus the spinning top is said to have been made by reusing one of these items that had broken and could not be used. It is a local toy born from a "heart that values things" (the Shonan Legacy), based on the idea of recycling and reuse. 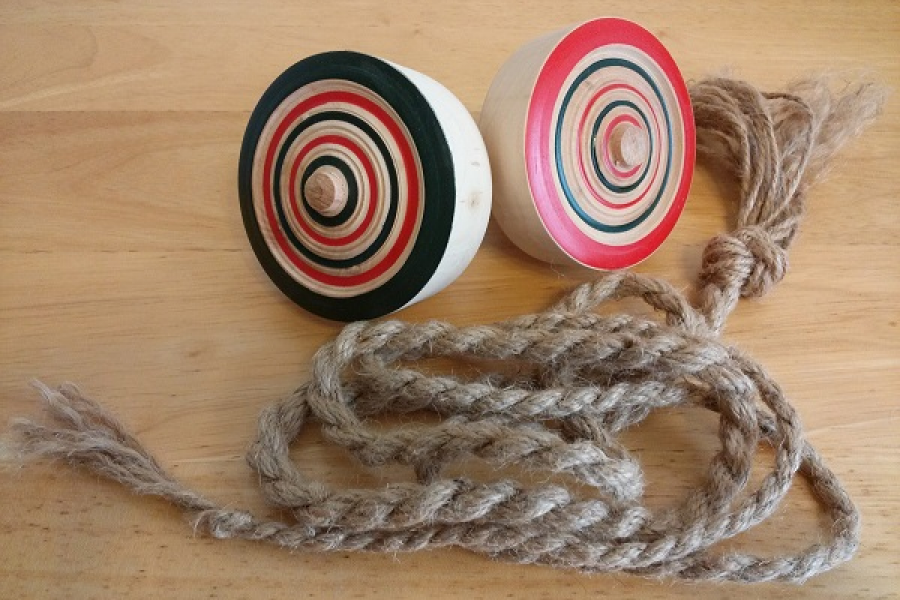