Hinata Yakushi is one of the Three Greatest Yakushi and its principal image of Buddha is Yakushi Sanzon. The religious school the temple belongs to now is the Koyasan Shingon sect. The main building of the temple was disassembled and repaired for the first time in about 300 years. The refurbished beautiful building with a thatched roof made its appearance after seven years of repairment. Hojobo (Hinata Yakushi), which was founded by Gyoki (Buddhist monk) in 716, celebrated its 1300th anniversary. *The Buddhist image is unveiled on January 1~3 (the first three days of the new year), 8th (first Yakushi), and April 15th (annual spring festival)

Breathe in Nature on the Isehara Hiking Course 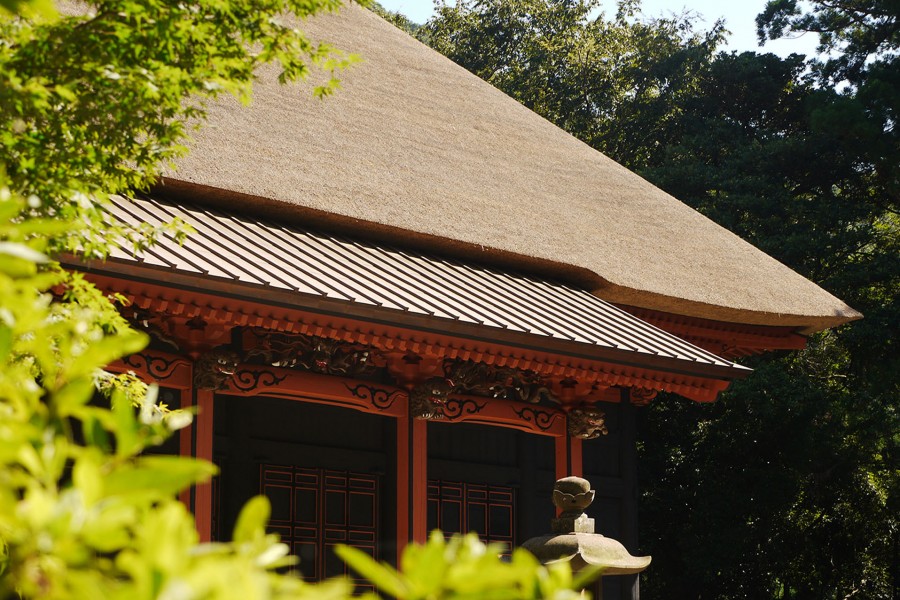