It is thought to have begun when, in the Sengoku era, the Hojo Clan started planting plums in order to use them as military provisions. It is comprised of 3 groves called Bessho, Hara, and Nakagawara, and around 35,000 plum trees bloom in full glory together, with Mount Fuji and the mountains of Hakone as their backdrop. During the plum festival, which is held from the beginning of February to the beginning of March, events such as horseback archery, the Odawara Lantern Dance, which is local folk entertainment, the Shishi-mai and the Sho-no-mai take place. Photos Provided by photolibrary

Wonders of Odawara: From Festivals to Archery 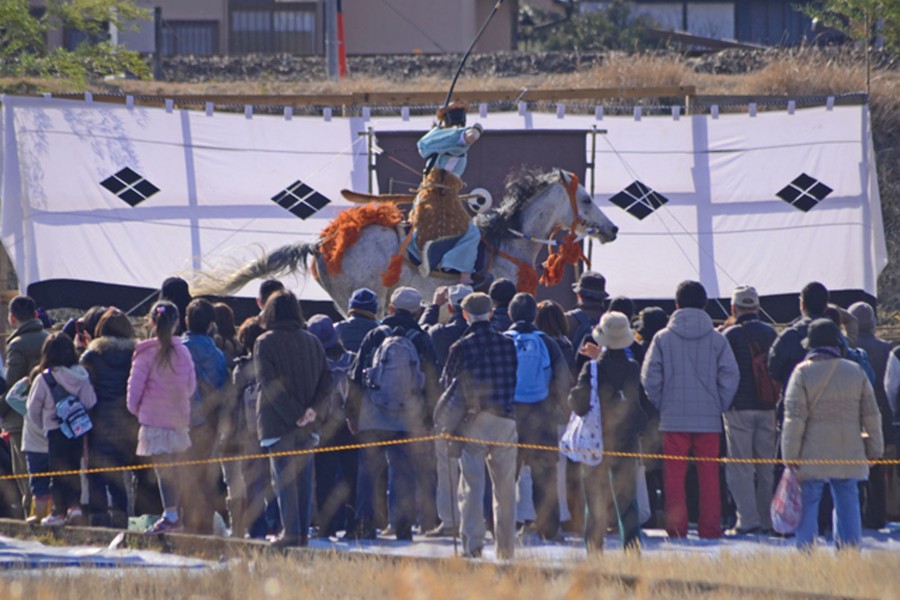