International Stadium Yokohama was the venue for FIFA World Cup final stage in 2002. A World Cup Stadium Tour (tour guide included, fee-charging tour) is available. Please refer to the website on availability of the tour.

Nissan Stadium, also known as the International Stadium Yokohama until 2005, is a popular sports venue in Yokohama. It opened in March 1998 and is home to the Yokohama F. Marinos soccer team of the J1 League, the top tier of the Japan Professional Football League. Among the stadiums in Japan, Nissan Stadium has the highest seating capacity, at a whopping 72,000 seats. It’s located in Shin-Yokohama Park and was chosen to host three first-round games during the 2002 FIFA World Cup, as well as the final game between Germany and Brazil. Nissan Stadium also has the esteemed honor of being selected as one of the planned soccer venues for the 2020 Summer Olympics and the 2019 Rugby World Cup.

Many famous Japanese musicians have also played at the stadium. The grounds and track are set up as arena seats during such live performances. The first concert held at Nissan Stadium was by the best-selling Japanese rock band B’z. X Japan, AKB48, and Momoiro Clover Z are among some artists to have performed at the stadium. Attendance for many of the concerts was around 140,000 people!

The Nissan Stadium also offers organized and guided stadium tours. On the tour, visitors will see the dressing rooms and autographs left by the Brazil team, winners of the 2002 FIFA World Cup. Be led in the footsteps of soccer giants as you walk up the stairs that lead to the field. The Stadium Gallery provides information and exhibits on the history of the stadium and the FIFA World Cup. See monuments to the matches held during 2002 at Nissan Stadium. Visit the warm-up room and see the life-sized goals where players get into the swing of things before they hit the field. And how about the VIP treatment? Check out the VIP seating and try out a seat. You can find information about available tour dates and time on Nissan Stadium’s English website.

Nissan Stadium is the perfect place for a sports fan visiting Japan. And if that wasn’t enough to entice the whole family, then be sure to check out the other attractions of Shin-Yokohama Park, where Nissan Stadium is located. Baseball fields, tennis courts, basketball courts, and inline skating squares are all here. No matter what your game is, you’ll find a place to spectate here. There’s even a dog run and playground for children. In summer, enjoy the cooling fountain and Nissan Water Park. Nissan Water Park has two separate zones and twenty-two types of heated pools. It’s a fun area and even features a running water pool and a water slide. If you want to relax, try one of the jacuzzi pools or other relaxation pools, and afterward, take a stroll through the grass field or meadow garden.

Be sure to check out this slice of history, and who knows—maybe you’ll even spectate some new history in the making!

Venue for the 2002 Soccer World Cup Final, Nissan Stadium is an impressive modern 72,000-seat arena. Enjoy the walk out onto the pitch as part of the stadium tour, catch a music or athletic event, or join the chanting crowds at a home game with local club Yokohama F Marinos. 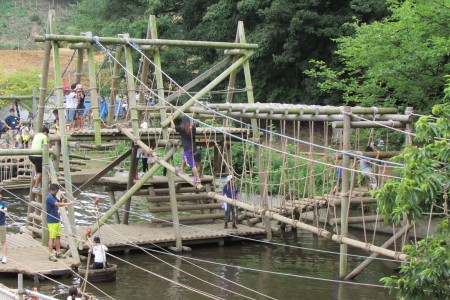 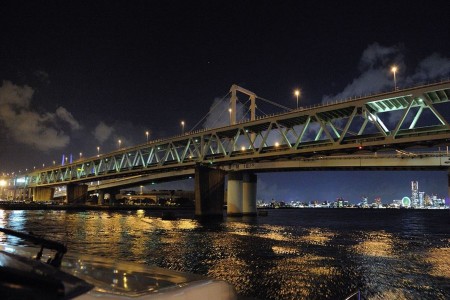 Very popular! A mature cruise where you can enjoy the night view of the dramatic Kawasaki factory zone. 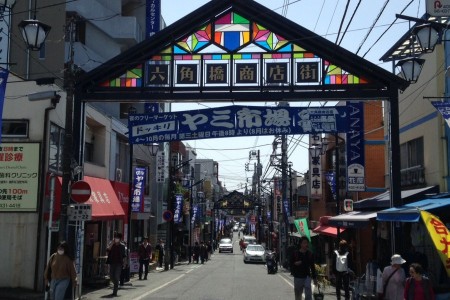 An exciting and surprising market on the third Saturday night of the month! 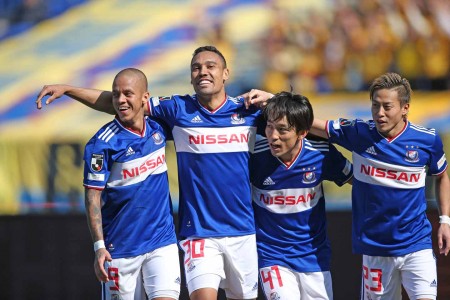 A long-established football team that thrills its supporters with their aggressive play. Their home ground is the Nissan Stadium and fans love the ... 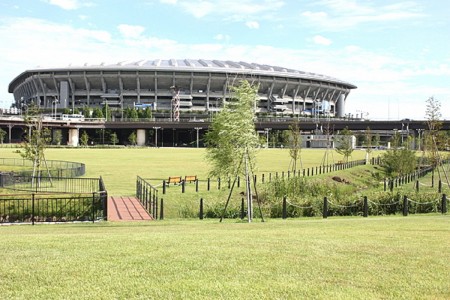 Enjoy skateboarding and running in this large field. There's an open lawn and play equipment for kids. It's a place of relaxation for the locals. S... 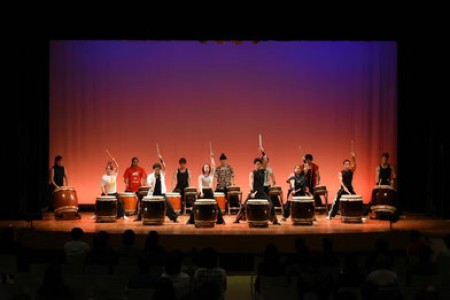 The world biggest Japanese drum "Takio" school. You can learn playing the taiko from the very basics. They colaborated aerobic movement w... 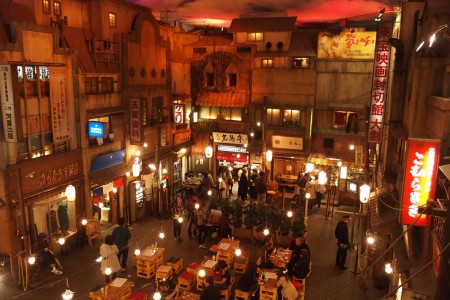 The world’s first “food amusement park”. Ramen is the generic term for a popular Japanese noodle dish. This facility has 9 ramen ...