The Kaminokawa Hut is located at the end of the Kaminokawa forest path in the Kitatanzawa Kaminokawa River Basin. Many hikers use the facilities here.

Across from the mountain hut there is Hikagezawa (where fossils have previously been found). Japanese clawed salamanders also live in this area. In Guzawa and Hikagezawa , which are areas near Doshi, many ancient deep sea fossils have been discovered. Tanzawa Mountain was at the bottom of a deep sea in ancient times. The camp site in summer is always bustling with campers, enjoying activities such as playing in the river or having a barbecue. 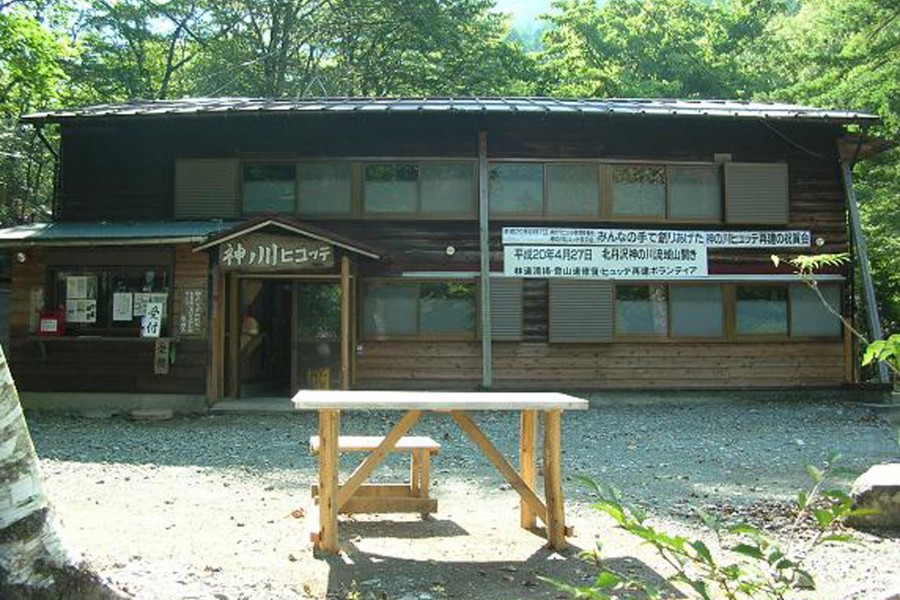